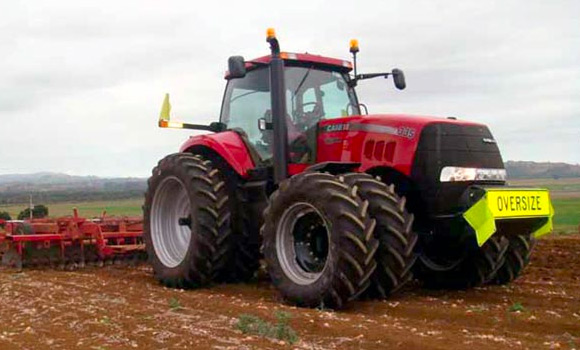 The Wai Shing family in Pukekohe have a fleet of Case IH tractors in their shed and say they’re invaluable for their large market garden operation. The Wai Shing family has been in business for more than 50 years and are cropping 2500 acres in their business, Wai Shing Limited. Brothers Franklin, Clinton and Wellingford grow a range of fresh vegetables including onions, potatoes, cauliflower, broccoli, cabbage, carrots, pumpkin and squash. The Wai Shings recently purchased a Case IH Magnum 335, which they believe is their sixth Magnum. They also have a fleet of Pumas, MXCs, MXs and JXUs. Franklin says he’s always had a good run from his Magnums, which have proven to be consistent and reliable.